Brooklyn NY: In Sports, there are those special moments that you will always remember and for hockey players, when you get the call to make the NHL & then score your first NHL Goal is something special. On Tuesday night the New York Islanders took on the Ottawa Senators from Barclays Center in Brooklyn, NY.

In the second period with the game tied at 1, The New York Islanders would receive a Penalty Shot and it would be taken by Cole Bardreau and he would score his first NHL Goal and gave the Islanders the 2-1 lead.

The moment that you will always remember

What an awesome way to score your first NHL goal. Congrats to Cole Bardreau! https://t.co/ShAHMlmoNo

What an awesome moment for Cole Bardreau. You can clearly see how happy he was and how thrilled his teammates were for him. One of the best guys there is! #Isles

He didn't fit the Flyers' plans, but good for Cole Bardreau on getting some NHL time with the Islanders this season, and scoring his first NHL goal on a penalty shot. https://t.co/mVfratvhqy

Cole Bardreau was part of the Philadelphia Flyers minor league system with the Lehigh Valley Phantoms from 2014-2019 where he would play in 226 games, scored 41 goals for 98 points. 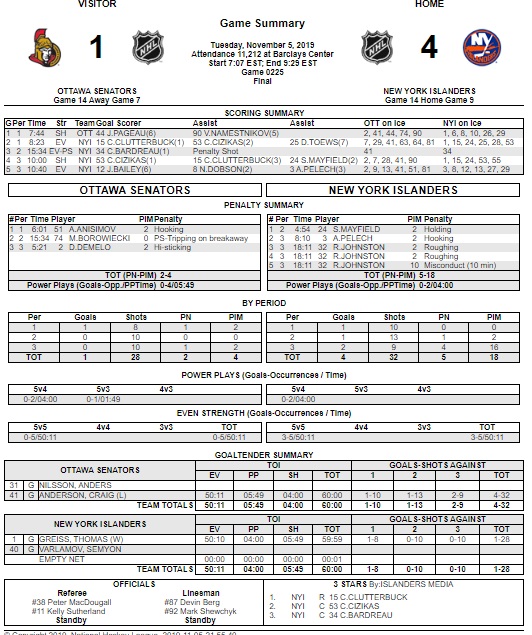